When SHAREit got announced, it used to be one of the best apps on the Google Play Store for sharing and receiving files. But as time passed, the company started to focus on making money. The company started to introduce a ton of advertisements, which makes the user uncomfortable.

SHAREit has always been easy use sharing app for a long time for many users. And many still use the SHAREit app for sharing anything. Since many people don’t tend to look for Indian alternatives for this Chinese app, thus it’s hard for many people to switch to an option, and they don’t want to know about new Alternatives.

If there is one best SHAREit Indian alternative, it is definitely Share ALL. Share ALL is a file-sharing app just like SHAREit. It is also made for sharing files between two devices. It is created by Indian developers to answer SHAREit’s capabilities without compromising one’s privacy. The app doesn’t stick with any limit; so, you can share files no matter how much is file size.

Similar to that of SHAREit, you will not need the internet to transfer files between devices. However, it will need Wi-Fi and Bluetooth access to share files. The maximum speed of transfer files goes up to 20MBps. It may not seem the fastest, but it would get the job done if you are finding a SHAREit Indian Alternative app. It’s completely free of cost, and you won’t need to pay anything from your pocket.

The Files by Google app, as the name shows, is offered by Google. It is famous for its file management features. But with the new updates, it got the feature of the file transfer. It is the best SHAREit alternative for Android. You can get the trust of Google itself and don’t need to worry about ads at all. It also supports all file formats like JPG, PNG, MP4, AVI, APK, and many more.

The Files by Google have the advantage of replacing your in-built file manager app. It is also a file cleaner app as well. It is thus bringing the benefits from both the features at the same time. The best thing about the Files by Google app is that it doesn’t consume too much space on your phone, which makes it lighter compared to every app on this list.

As a file transfer app, it comes with offline file support. It is the best replacement for SHAREit or Xender. The speeds range up to 480 Mbps making your file transfer much faster than SHAREit. At the same time, your file gets encrypted with WPA2 encryption, so you should not worry about that.

Files by Google: Clean up space on your phone

Jio is not an unknown name when it comes to Indian people. In the last few years, Jio released several apps for the convenience of its users. Among those Jio apps, Jio Switch is really a great alternative for SHAREit. Since Jio Switch is provided by Reliance Jio, you don’t need to worry much. It is one of the best SHAREit Indian alternative apps you may find for Indian users.

Jio Switch has the same capabilities as SHAREit; thus, you will not find it inconvenient to switch to Jio Switch. It supports all kinds of file formats. Additionally, you also don’t need any cables to transfer files. All you have to give access to Wi-Fi and Bluetooth. Its speed is almost the same as SHAREit. One of the best parts about Jio Switch features is its cross-device compatibility, meaning it is available on both Android and iOS. It’s the best Indian Alternative app for Shareit you can have on your device.

Smart Share is also an Indian alternative you can replace with the SHAREit app. The features are quite similar to what you would expect from all other file-sharing apps. You can also share any files you want and all types of video formats as well. You don’t need an internet connection, just like other apps you read on this list. Indian developers have developed it, and you shouldn’t worry about privacy. 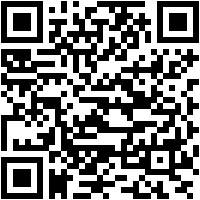 We put it last on this list because of its not-so-well user interface. But regarding the main function, it gets the job done. You may prefer it for many other reasons, but we would still recommend the apps mentioned on the list above. Smart Share is one of the SHAREit Indian alternative apps you can find on the Google Play Store. It also comes with cross-compatibility, which is also a good option. Try this app, and let us know in the comments below.

How to check JioFi battery percentage in android

How to create stickers for WhatsApp on android

This is a paid app but it is worthy of it. A simple and easy use app to manage files on your android device over wifi. Avoid using USB cables to transfer files, movies, photos, and songs from your device to laptops/PCs/Macs and other android devices. 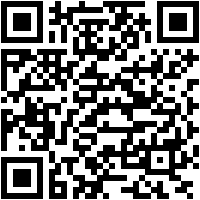 1. Provides an easy to use the web interface to transfer files to/from your android phone/tablet to other devices/laptops/PCs

3. Does not use internet data. All transfers are done over a WiFi network.

4. Transfer files over Wifi home/office network or over a wifi-tethered network (wireless AP)

6. Use a mobile hotspot. A WiFi router is not needed.

7. Minimal permissions to be granted to the app like permission to read/write files.

It is better to stop using the SHAREit app right now because it sends all the data to Chinese servers. Now it is up to you if you want to keep your data private and maintain your privacy. The amount of dumb content given on SHAREit is very worst. It is better to stop it now before it consumes your precious mobile data.

Always remember don’t allow irrelevant permissions to any app. It is not only about SHAREit but also any other app that asks for unnecessary permissions.

Hi, I am Suraj Bhaskar, founder of this blog. I am a student and part-time blogger. Here I share the latest and tested information about android, the internet, and new tech-related information. You can follow me on different social media sites to get in touch with me. Thank You...