Here are some Pubg alternative games you can try. If you are looking for non-Chinese Pubg alternative games, you can try these on your phone.  PUBG Mobile is one of the most popular games in India. It has over 50 million monthly active players. One of the reasons for the game’s sudden rise in India is that it runs pretty well on budget smartphones.

So with PUBG Mobile now banned in India, what are other options if you’re interested in playing battle royale games? Thankfully, there’s no shortage of similar games, and we’ve shared a list of the best PUBG Mobile alternative below.

This is an obvious choice if you’re looking for an alternative to PUBG Mobile game. The game has over 100 million downloads on the Google Play Store. It also runs fine on budget phones and takes up just almost 1.7GB of storage in your device.

Similar to PUBG Mobile, CoD is free-to-play and offers a 100-player battle royale mode along with 5v5 deathmatch. It also offers a sniper vs sniper duel match. You will have the ability to play multiplayer maps. You can easily customize your favorite characters with various outfits, weapons.

Free Fire is very similar to PUBG. It has a battle royal game which offers a 50-player survival mode, with rounds lasting 10 minutes. Similar to PUBG, you get to drive vehicles and choose from a variety of customization options for your character. This game consistently gets new content.

You can play in squads of up to four players. There is also a shorter 4v4 Clash Squad format which was just added in August 2020. The best part about Free Fire is that the game takes less storage than PUBG. It takes almost 500MB of storage. It is also much optimized well for budget smartphones.

Battlelands Royale introduces a fun twist to the battle royal genre. The game has fun characters. It enables you to play solo or create a squad, with each round lasting just three to five minutes.

The 32-player survival mode offers the same premise as other games in this category. You will reach by parachute into the desired location on the map. As always grab some loot, shoot other players, and be the last one standing in the game.

The game is designed for low budgets for mobile devices. It runs incredibly well on just about any phone. It takes up about 200 MB of storage on your phone which is very low. Its visuals are great despite very low file size. You will also get plenty of customization options for your favorite character. 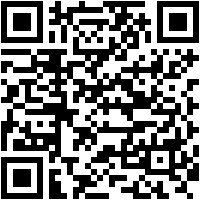 Black Survival is a very good alternative for PUBG in India. It is also a real-time survival game. It is available for free on Android and iOS. You can play Black Survival with 10 players in a battle-royal type competition in an ever-shrinking battlefield with 22 areas to travel around. A great PUBG alternative for Android, Black Survival offers more than 600 weapon options.

This game is set in a fantasy post-apocalyptic world in which an unknown infection has destroyed the whole world along with humans. The dead humans have turned into zombies and are hungry for human flesh. Your character is one of the survivors.

So here you have to battle for existence, along with sustaining hunger, thirst, and health. You have to Collect valuable rewards, create weapons and transport, and learn to be resourceful in a destroyed world.

You will have to kill thousands of zombies in order to protect your land, and also raid other players’ land to survive. This game has recurring locations and realistic graphics to make your experience even better.

A survival mobile shooting game you never tried before – Hopeless Land. This game supports 121 players to fight in one fatal survival game at the same time.

Many ingenious game features in Hopeless Land: various of special Asian architectures locate in the battleground. Drive the helicopter and experience the air-to-land modern fight you never tried before. Enjoy ultra-cool shooting feelings with easy operation. There are no devices barriers, no matter what mobile phones you use, try to survive to the last in the fatal battleground Hopeless Land.

Hi, I am Suraj Bhaskar, founder of this blog. I am a student and part-time blogger. Here I share the latest and tested information about android, the internet, and new tech-related information. You can follow me on different social media sites to get in touch with me. Thank You...